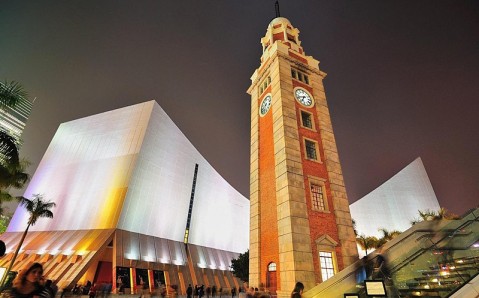 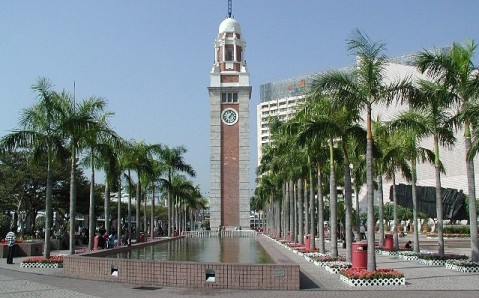 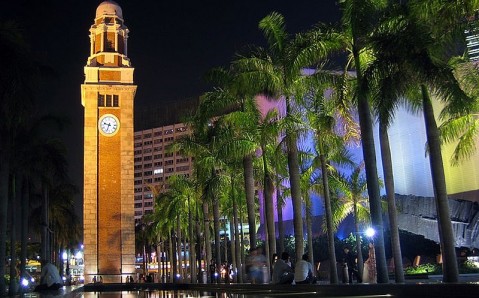 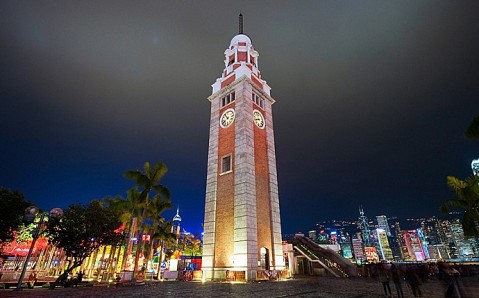 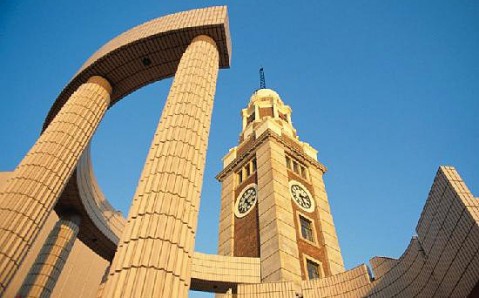 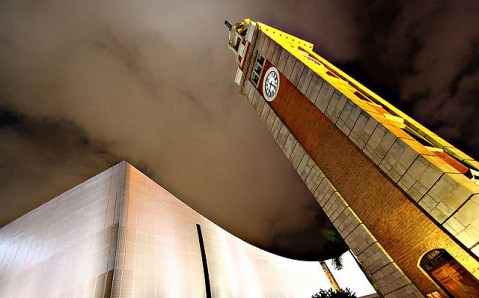 The Clock Tower, rising high above the Kowloon Harbor, is one of the oldest and most spectacular vista points in Hong Kong. Particularly so, as it is the only remnant of the original site of the former Kowloon railway station. The tower itself is more than 60 years old and has been listed as a declared monument for Hong Kong since 2000.

The construction of this architectural gem began way back in 1910, after the Kowloon-Canton Railway was opened. In later years, a new station had to be built on the site to accommodate the heavy passenger traffic, but construction of this station did not begin until 1913, mainly due to the arms race preceding World War I; as the materials required for it could not be shipped to Hong Kong in due time. Therefore, the railway station was finished and opened to the public only in 1916.

The 44-meter-high tower, made of red bricks and granite, would become one of the most eye-catching structures at the station. The installation of the clock was quite an expensive endeavor and initially the Clock Tower reused the clock face that had been on the demolished Pedder Street Clock Tower. At first, only one side of the building actually had a clock and it was not until 1920 that the clocks on the remaining three sides of the Clock Tower were installed. These began to tick in 1921 and have run ever since, with the exception of the Japanese occupation of Hong Kong during World War II.

A new, modern railway terminal was built in the city in the middle of the 1970s, after which the authorities decided to demolish the old station, in spite of the protests from the locals. However, the municipality did reluctantly agree to leave the Clock Tower untouched, as it was a notable landmarks of the colonial period. Moreover, it is an important piece of memorabilia for thousands of Chinese people who have migrated to Hong Kong and the New Territories in order to start a new life.

The top of the tower can be reached by a wooden staircase and the interior of the Clock Tower is open for visits. However, it is occasionally closed for maintenance.

Getting there. Get off at MTR Tsim Sha Tsui, then walk to the intersection of Nathan Road and Salisbury Road. From there, turn left and walk to the Star Ferry, from which point it is impossible to miss the Clock Tower.

Other interesting places nearby... 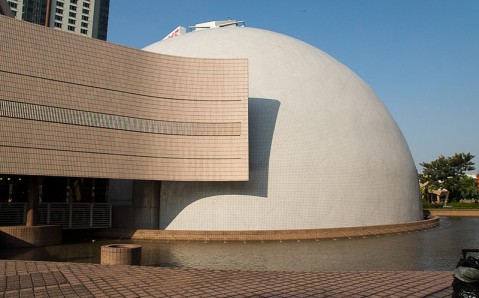 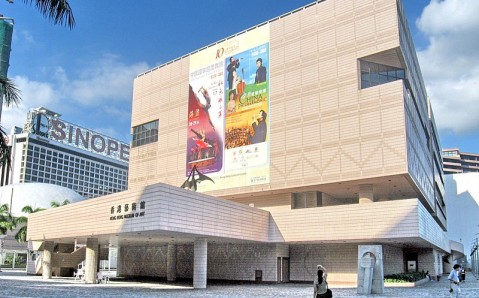 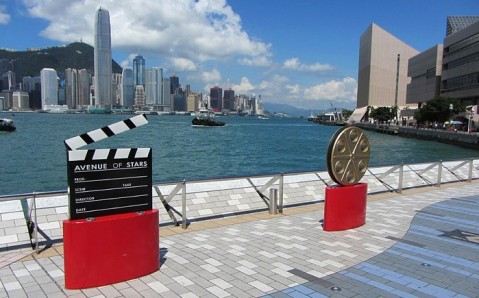